In this recording from the Controlling 2014 conference, you'll hear from Sydnie McConnell about how Woodward, a leading designer and manufacturer of hydro-mechanical and electronic fuel controls and delivery systems, decided to move its planning, budgeting, and forecasting processes to SAP Business Planning and Consolidation 10.0 (NetWeaver).

We’ve been working on a project at Woodward to implement SAP Business Planning and Consolidation 10.0, Version for SAP NetWeaver (BPC).   This project is part of an overall roadmap aimed at unifying our financial systems across the company, while being able to maintain more than one ERP.

SAP Business Planning and Consolidation, or BPC 10.1, version for SAP NetWeaver (and HANA) was released into general availability this summer giving the planners out there some great new features that will be highlighted in my blog today. This is a release that focuses heavily on usability and NetWeaver platform integration so unfortunately there is no Microsoft Platform equivalent with the 10.1 release.

How did you get your start with SAP and SAP Controlling?

I have worked in SAP my entire career, but my first role with exposure to CO was as a cost accountant in Villamarzana, Italy (a small town between Bologna and Venice).  It was my first role as an expat and my first role in cost accounting, but I was quickly exposed to the mechanics of CO and the nuance to its relationships with MM and FI. 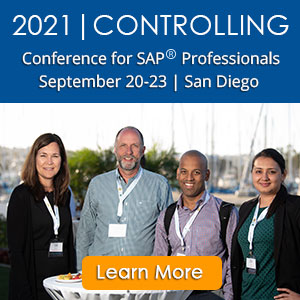